https://www.comparecellular.com/google-fi/google-fi-plans/
Learn everything you need to know about Google Fi Unlimited, Flexible, and Family Plans, as well as the carrier's phones and coverage.
March 25, 2020 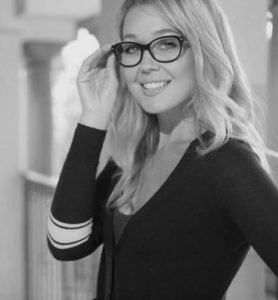 If you have a phone designed for Google Fi, such as the Pixel or Moto G devices, you’ll receive service via Sprint’s, T-Mobile’s, and U.S. Cellular’s networks. Your phone will automatically connect to the network with the strongest signal in real-time—a feature exclusive to Google Fi called “dual connect” technology. Those without a smartphone designed for Fi will be on T-Mobile’s robust network, which still provides excellent service. Find more information about Google Fi’s plans, coverage, and phones below.

Google Fi offers an Unlimited Plan at $70/month and a Flexible Data Plan that costs $20/month for talk and text, plus $10/GB of data that you use each month. Both plans include unlimited nationwide talk and text with international texting to over 200 countries.

The Unlimited Plan comes with unlimited data, which you can use in over 200 countries. After you meet Fi’s 22GB data threshold, your data speeds will slow to 256Kbps until the next billing cycle. If you need additional 4G LTE data, you can buy more at a rate of $10/GB.

Fi’s international perks are the best part of its Unlimited Plan. It includes free calling to over 50 countries and free international texting. As an added bonus, Google Fi includes a Google One membership and 100GB of free cloud storage.

The Google Fi Flexible Plan is true to its name—it’s a great choice if you only want to pay for what you use each month. It costs $20/month for unlimited nationwide talk and text, plus $10/GB of data used. Your bill will reflect your usage down to the cent. If you happen to use a lot of data during a given billing cycle, don’t worry—your plan has an $80/month cap. Keep in mind, though; your data will be throttled (slowed down) after you use 15GB—you’ll have to pay $10/GB after that to continue using high-speed data.

The Flexible Plan includes international texting to over 200 countries, and you can use your data in those same locations as well. All international calling is pay-per-minute with prices starting at just $0.01/minute.

Google Fi’s family plans save you money with every line that you add to your account. While the owner of the account can switch between plan types at any time, it’s important to note that everyone on the account needs to be on the same plan—either the Google Fi Unlimited Plan or the Google Fi Flexible Plan.

There’s really no downside to going with a Google Fi family plan. You reap all the same benefits as the single-line versions of these plans, for less. Choosing a four-line Google Fi Unlimited Plan will save you $300/year per line or $1,200/year total.

If you’re looking to switch to Google Fi, you can either buy a new Google Fi phone or bring your own phone. Google Fi offers a small selection of smartphones, with options limited to a few Google and Motorola devices. You can buy your new device outright or pay it off over 24 months with a monthly installment plan.

Phones designed for Google Fi, including all Google Pixel smartphones and some Motorola and LG phones, have the ability to automatically switch to either Sprint’s, T-Mobile’s, or U.S. Cellular’s network, depending on which offers the best service for you. If you don’t have one of these phones, you can still switch to Google Fi, but you’ll be limited to just T-Mobile’s network.

If you have a phone that is designed for Google Fi, then you will benefit from coverage from three networks—Sprint’s, T-Mobile’s, and U.S. Cellular’s. Dual connect is Google Fi’s technology that allows your phone to change seamlessly between networks with minimal transition delays. Google Fi is currently the only carrier that offers this type of network-switching technology.

While your phone will automatically connect to the network with the strongest signal, you should still look at all three carriers’ maps to ensure that you will get the service you need, as there are still coverage gaps in many regions.

If you don’t have a phone that’s designed for Fi, you’ll be using T-Mobile’s network, which is the strongest of the three.